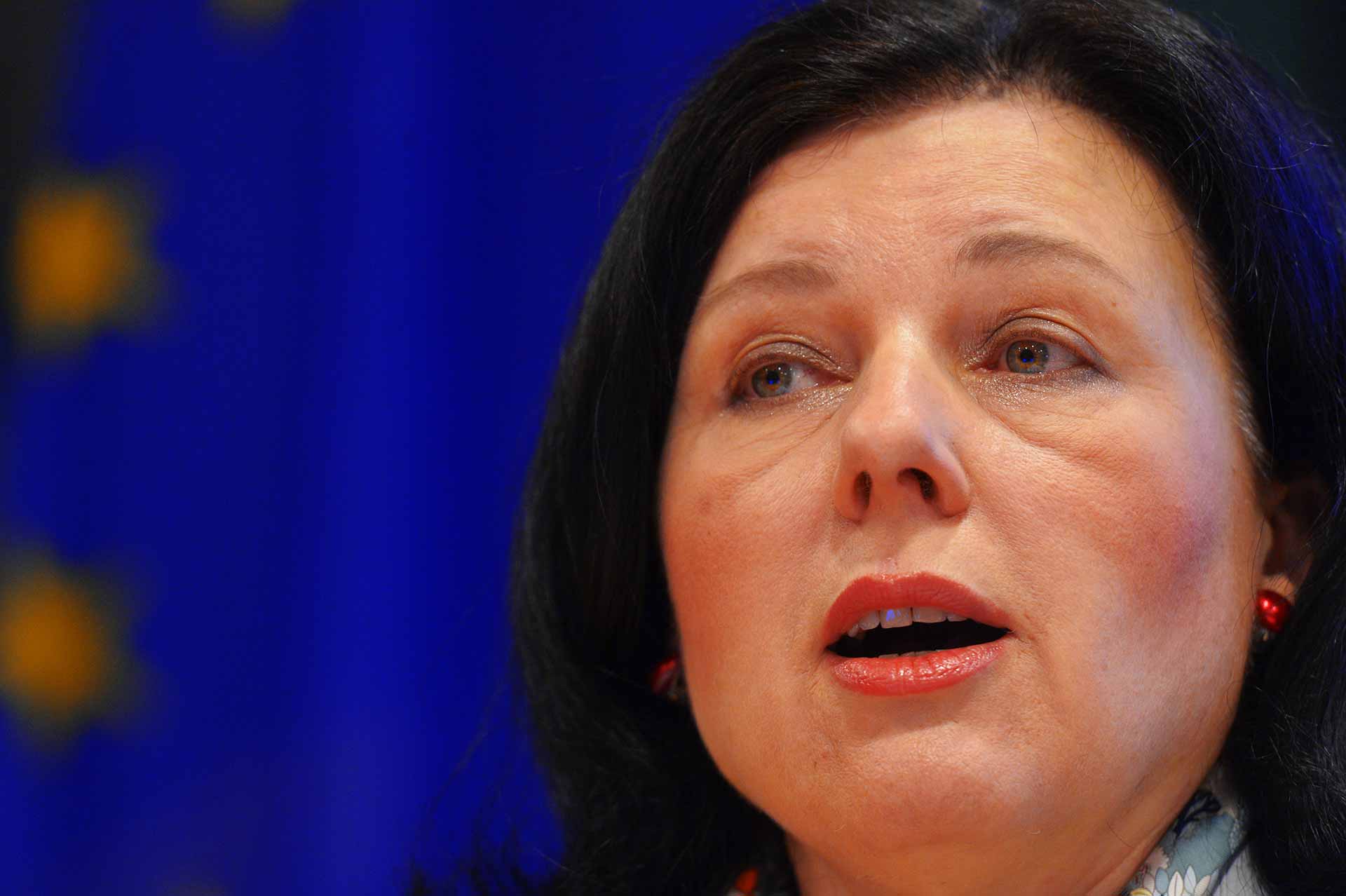 LIVE Hearings today with Věra Jourová Vice-President for Values and transparency. Vera Jourova is heard by the Committee on Constitutional Affairs (AFCO) and the Committee on Civil Liberties, Justice and Home Affairs (LIBE) in association with the Committe on Legal Affairs (JURI) of the European Parliament​​​​​​​ for a hearing to test her genral competences. Members of the European Parliament in Brussels test her European commitment and specific expertise related to her portfolio. 07/10/2019 14:30 – AFCO/LIBE

Who is Vera Jourova?

Věra Jourová is a Czech politician, businesswoman, and lawyer, who serves as the European Commissioner for Justice, Consumers and Gender Equality as a part of the Juncker Commission since October 2014. Previously, she was the Czech Minister for Regional Development and Member of the Chamber of Deputies (MP) from 2013 to 2014.

Vera Jourova grew up in Třebíč, a small town in which her parents, a kindergarten teacher and caterer, ran a folk troupe. She studied cultural anthropology in Prague, while raising two children. Upon graduation, she returned to work in Třebíč’s local council.

In 2019, Time magazine ranked Vera Jourova in a list of 100 most influential people of the year. Reason for that was her share on passing and implementing General Data Protection Regulation and new privacy rights as European Commissioner.

Today’s nomination for the Vice-President of the @EU_Commission is a great honour for me. It is for the first time that the Czech Republic has such a top job. I look forward to my hearing before the @Europarl_EN , which has the final say. #vdLCommission

Věra Jourová is part of the following Project Teams:

After the hearing by the Committee on Constitutional Affairs (AFCO) and the Committee on Civil Liberties, Justice and Home Affairs (LIBE) ​​​​​​​, the committees prepare an evaluation letter on the candidate. Parliament will vote on the new Commission as a whole on 23 October.