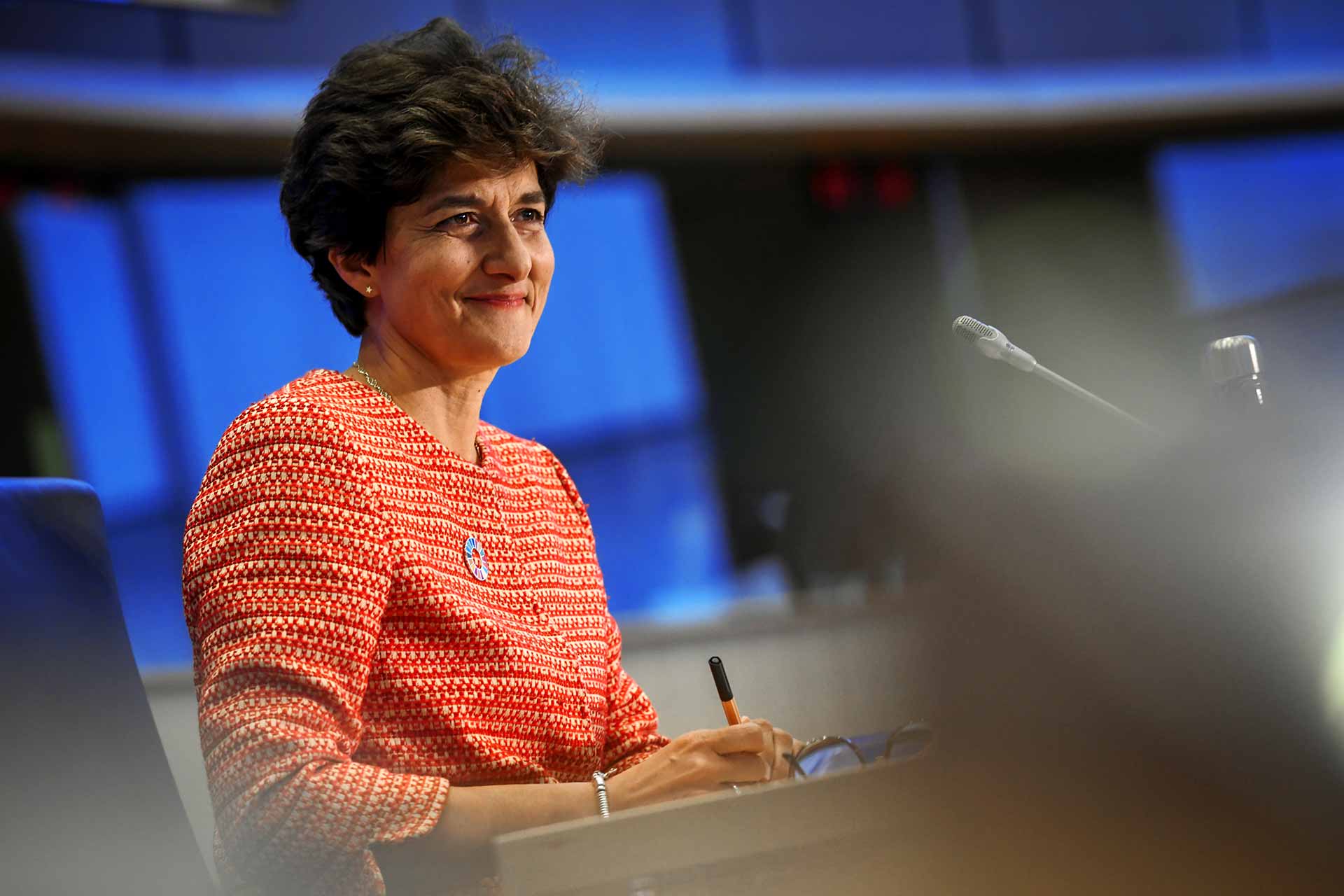 LIVE Hearings today with Sylvie Goulard Commissioner for Internal market. Sylvie Goulard faces the Committee on Internal Market and Consumer Protection (IMCO) and the Committee on Industry, Research and Energy (ITRE) of the European Parliament for a hearing to test her general competences. Members of the European Parliament in Brussels test her European commitment and specific expertise related to her portfolio.

Who is Sylvie Goulard?

Sylvie Goulard is a French politician and civil servant who served as Minister of the Armed Forces from 17 May to 21 June 2017 in the First Philippe government. She decided to quit along with other Democratic Movement (MoDem) ministers, before the MoDem was investigated on potentially fictitious employment of parliamentary assistants. On 17 January 2018, Goulard was appointed Deputy Governor of the Bank of France, succeeding Denis Beau.

A native of Marseille, Goulard served as a Member of the European Parliament (MEP) for West France from 2009 until 2014. She was reelected in the 2014 election for South-East France. As an MEP she was a member of the Committee for Economic and Monetary Affairs and an ALDE group coordinator, as well as a substitute member of the Committee on Agriculture and Rural Development between 2009 and 2014 and Committee on Constitutional Affairs between 2014 and 2017. In 2010 she participated in the creation of the Euro-federalist interparliamentarian Spinelli Group. She served as a foreign affairs advisor. Sylvie Goulard also is a former president of the Mouvement européen-France, the oldest pluralist association defending the European ideal. In 2017, Goulard joined the newly formed En Marche! party.

Commissioner designate/Internal Market,delighted for @riso_stephanie who will become my head of cabinet.
We already had the chance to work together.
Her experience of Brexit negotiations alongside @MichelBarnier will be useful for making progress on internal market #EU_Commission

After the hearing by the Committees on Internal Market and Consumer Protection (IMCO) and Industry, Research and Energy​​​​​​​ (ITRE) of the European Parliament, the committees prepare an evaluation letter on the candidate. Parliament will vote on the new Commission as a whole on 23 October.