Dear Theresa… Joint letter of Tusk and Juncker on BREXIT 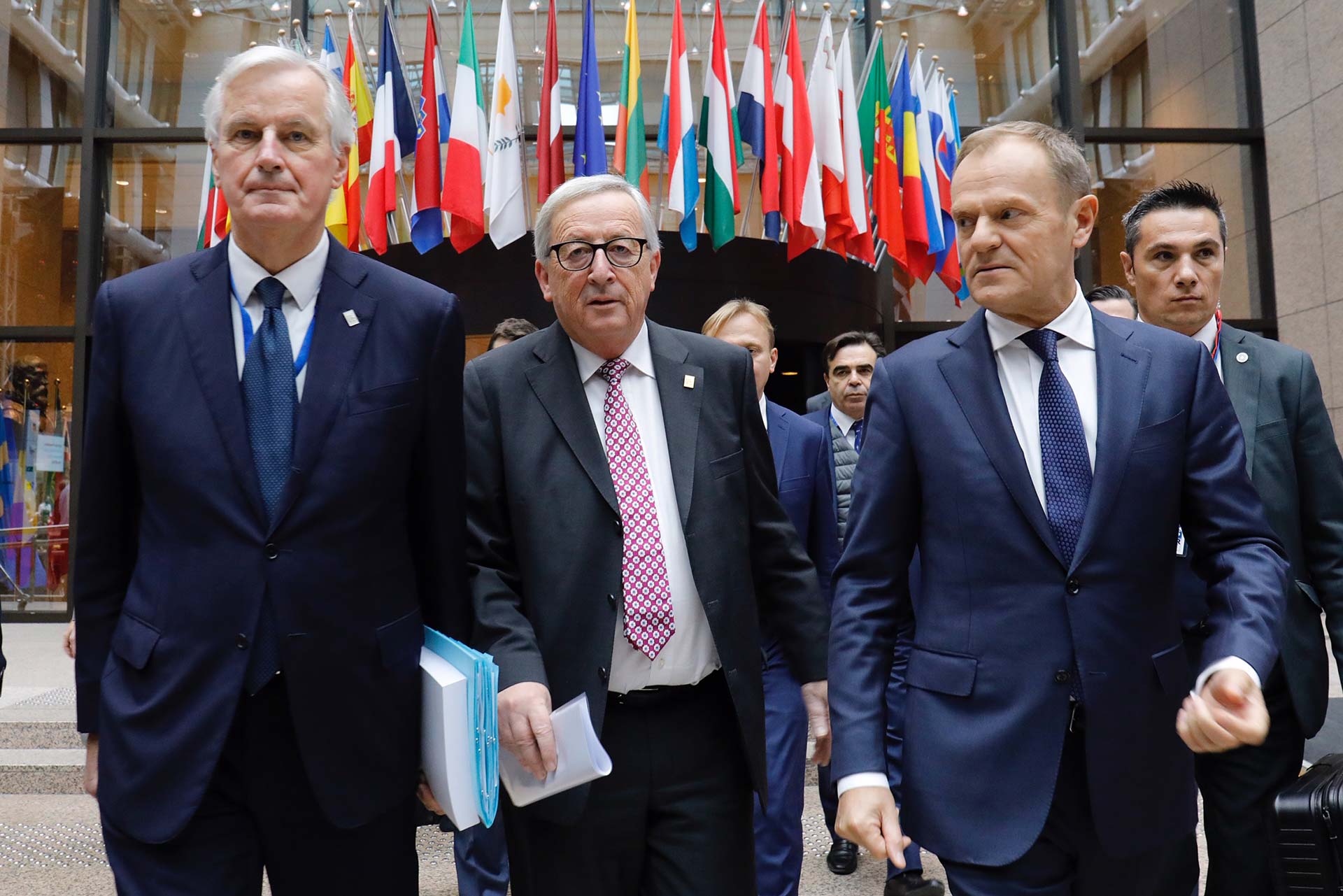 Donald Tusk and Jean-Claude Juncker refused to change the text of the Brexit deal but they also offered to extend Article 50 to delay Brexit in order to give both sides more time to negotiate.

EU leaders promised the Irish backstop plan will be temporary as they unveiled their last-ditch plan to help get Theresa May’s Brexit deal over the line tomorrow.

The following letter, penned by the Presidents of the EU Council and Commission, was part of a last-ditch scramble to try to peel off Tory rebels ahead of tomorrow’s crunch vote.

As you know, we are not in a position to agree to anything that changes or is inconsistent with the Withdrawal Agreement, but against this background, and in order to facilitate the next steps of the process, we are happy to confirm, on behalf of the two EU Institutions we represent, our understanding of the following points within our respective fields of responsibility.

A. As regards the President of the European Council:

On the 13 December, the European Council (Article 50) decided on a number of additional assurances, in particular as regards its firm commitment to work speedily on a subsequent agreement that establishes by 31 December 2020 alternative arrangements, so that the backstop will not need to be triggered.

The European Council also said that, if the backstop were nevertheless to be triggered, it would only apply temporarily, unless and until it is superseded by a subsequent agreement that ensures that a hard border is avoided, and that the European Union, in such a case, would use its best endeavours to negotiate and conclude expeditiously a subsequent agreement that would replace the backstop, and would expect the same of the United Kingdom, so that the backstop would only be in place for as long as strictly necessary.

As for the link between the Withdrawal Agreement and the Political Declaration, to which you make reference in your letter, it can be made clear that these two documents, while being of a different nature, are part of the same negotiated package. In order to underline the close relationship between the two texts, they can be published side by side in the Official Journal in a manner reflecting the link between the two as provided for in Article 50 of the Treaty on European Union (TEU).

B. As regards the President of the European Commission:

The Political Declaration agreed at the November Special European Council (Article 50) describes a future relationship of unprecedented depth and breadth, reflecting the continuing strength of our shared values and interests. The Withdrawal Agreement and the Political Declaration represent a fair balance of European Union and United Kingdom interests. They will ensure a smooth withdrawal and a strong future relationship in the interests of all our citizens.

As the European Council has already stated, it will embark on preparations for a future partnership with the United Kingdom immediately after signature of the Withdrawal Agreement. As regards the European Commission, we will set up the negotiating structure for these negotiations directly after signature to ensure that formal negotiations can start as soon as possible after the withdrawal of the United Kingdom, having in mind the shared ambition of the European Union and the United Kingdom to have the future relationship in place by the end of the transition. Should national ratifications be pending at that moment, the Commission is ready to propose provisional application of relevant parts of the future relationship, in line with the legal frameworks that apply and existing practice. The Commission is also ready to engage with you on a work programme as soon as the United Kingdom Parliament has signalled its agreement in principle to the Withdrawal Agreement and the European Parliament has approved it.

In light of your letter, the European Commission would like to make the following clarifications with regard to the backstop:

The European Commission can also confirm our shared understanding that the Withdrawal Agreement and the Protocol on Ireland/Northern Ireland:

The European Commission also shares your intentions for the future relationship to be in place as quickly as possible. Given our joint commitment to using best endeavours to conclude before the end of 2020 a subsequent agreement, which supersedes the Protocol in whole or in part, the Commission is determined to give priority in our work programme to the discussion of proposals that might replace the backstop with alternative arrangements. In this context, facilitative arrangements and technologies will be considered. Any arrangements which supersede the Protocol are not required to replicate its provisions in any respect, provided that the underlying objectives continue to be met.

Should the parties need more time to negotiate the subsequent agreement, they could decide to extend the transition period, as foreseen in the Withdrawal Agreement. In that case, the Commission is committed to redouble its efforts and expects the same redoubled efforts from your negotiators, with the aim of concluding a subsequent agreement very rapidly. Were the backstop to enter into force in whole or in part, it is intended to apply only temporarily, unless and until it is superseded by a subsequent agreement. The Commission is committed to providing the necessary political impetus and resources to help achieving the objective of making this period as short as possible. To this end, following the withdrawal of the United Kingdom, and until a subsequent agreement is concluded, the Commission will support making best use of the high level conference foreseen in the Political Declaration to meet at least every six months to take stock of progress and agree the appropriate actions to move forward.

Finally, in response to your concern about the timetable, we would like to make it clear that both of us will be prepared to sign the Withdrawal Agreement as soon as the meaningful vote has passed in the United Kingdom Parliament. This will allow preparations for the future partnership with the United Kingdom immediately thereafter to ensure that negotiations can start as soon as possible after the withdrawal of the United Kingdom from the European Union.