1
Where are we now with Brexit? What happens next?
Share this debate with your friends! #eudebates

UK has left the European Union. This is Brexit. A cause for celebration for some, a sobering moment for others. But now what?

BREXIT: It’s official – the UK has left the European Union.

A cause for celebration for some, a sobering moment for others.

On 1 February 2020, 47 years after joining the European Economic Community, the EU’s predecessor, the United Kingdom (UK) left. For almost 50 years, the country was part of our unique Union. And at the close of this year, when the transition period ends, it will be definitively leaving the EU single market of almost 450 million consumers as well.

The EU member states are closely intertwined. Businesses benefit from uniform standards and from the absence of tariffs; economic actors, scientists and researchers can make their services available everywhere; people can travel, work, study and live in all member states, with no borders; close cooperation among security agencies enhances our citizens’ security and at the same time strict data protection regulations are in force.

None of that will exist or be possible with the UK once it leaves the single market; instead, an agreement will have to be reached in each area, and what is agreed can only fall short of what fully-fledged membership of the single market offers.

What form will our future relations with the UK take?

The EU wants to conclude an ambitious and comprehensive agreement on future relations with the UK, to shape the closest possible political, economic and personal ties. However, even if we manage to conclude an agreement by the year’s end, the EU’s relationship with the UK will fundamentally change, and it will be very different from when the UK was a member of the single market. Governments, citizens and businesses throughout the EU need to come to grips with that and prepare for it.

Why are we still negotiating even after the UK’s withdrawal?

So that the important political and economic links are not ruptured from one day to the next, an agreement was negotiated prior to the UK’s withdrawal from the EU stating that, during a transition period up until 31 December 2020, nothing would initially change either for the citizens or for businesses. After that date, however, the changes, particularly in terms of economic relations, will become tangible for both citizens and businesses.

Who’s negotiating BREXIT with whom?

The European Commission is conducting the negotiations on future relations with the UK in accordance with the Political Declaration on the basis of a mandate from the EU member states of 25 February 2020 and a comprehensive draft agreement published on 18 March 2020. However, the tight timetable does not leave the chief negotiators, Michel Barnier for the EU and David Frost for the UK, much time to reach agreement. That’s why, over the past few months, eleven strands of negotiations have been running in parallel on different subjects. The frequency of negotiating rounds will be stepped up even more through the summer.

Whether it will be possible to agree and settle the future partnership between the EU and the UK as of 1 January 2021 in a comprehensive agreement is the subject of the ongoing negotiations. In the previous negotiation rounds, it became clear that there are still big gaps between the negotiating positions of the two sides on major issues such as treaty architecture, fair competition/level playing field, fishing, mobility, and foreign, development and security policy. So it is all the more important to step up the negotiations and make substantial progress in the second half of the year.

At the same time, the EU, its member states, citizens and businesses must prepare for the consequences of the ending of the transition period, irrespective of whether an agreement on the future partnership is reached with the UK before then or not.

Here is the most important BREXIT information.

What has happened since 1 February 2020?

A Withdrawal Agreement was negotiated before the UK left the EU in order to ensure that the main political and economic links between the EU and the UK were not severed from one day to the next upon departure. This Agreement has been in force since 1 February 2020, the day the UK left the EU. It provides for a transition period until 31 December 2020 during which EU law continues to apply to the UK, and the UK remains a part of the EU’s single market EU customs union. The UK formally ended its EU membership at the stroke of midnight on Friday in Brussels, 23:00 GMT in London.

What happens at the end of the BREXIT transition period? Which preparations are necessary?

The transition period stipulated in the Withdrawal Agreement ends on 31 December 2020. It is no longer possible to extend this period. This would have required a joint decision on an extension to have been taken by 1 July 2020. The UK let this deadline pass. As of 1 January 2021, the UK will thus no longer be part of the single market or the customs union.

Even if an agreement on the future relationship is concluded by year’s end, the EU’s relationship with the UK will fundamentally change; it will be very different from when the UK was a member of the single market. Customs formalities, for example, will become necessary. Citizens and businesses of the entire EU must prepare for these consequences following the end of the transition period, regardless of whether an agreement on the future partnership is reached with the UK before then or not.

Is EU ready for WTO solution?

European Commission published what is known as a readiness communication on 9 July 2020 to prepare for the end of the transition period. To support this, the European Commission is currently revising and, where necessary, updating the over 100 sector-specific stakeholder readiness notices published during negotiations with the UK on the basis of Article 50.

The updated readiness notices pertaining to individual areas like customs duties, including preferential rules of origin, data protection law, industrial products, chemicals, etc. These are all intended to help public administrations, businesses and the general public prepare for the inevitable changes. Changes will occur 100% after the transition period ends, regardless of the outcome of negotiations on future relations.

Are we ready for all possible BREXIT outcomes?

The EU wants to continue to have a close partnership with the UK. We believe it is possible to reach a successful agreement on the basis of the Political Declaration. However, it is important to prepare for all possible outcomes to the negotiations. This includes preparing for no agreement.

What is the status of BREXIT negotiations on the future relationship?

The Political Declaration envisages an agreement on the future relationship to be essentially an economic and security partnership. In accordance with the Political Declaration, EU27 agreed on 25 February 2020 to the negotiating mandate for the European Commission. This is conducting negotiations on the future relationship between the EU and the UK on behalf of the member states.

On this basis, the EU’s chief negotiator, Michel Barnier, presented the draft text of a comprehensive Agreement on the New Partnership with the UK in mid March, to which further components have since been added.

Since March, the EU and the UK have continued with regular rounds of negotiations, the difficulties ensuing from the COVID-19 pandemic notwithstanding. The EU is conducting negotiations on the basis of the jointly agreed Political Declaration.

Significant differences have still not yet been resolved, however. After the seventh round of negotiations, substantial differences remain in key areas, particularly on the issue of fair competition and fisheries, and also on the question of horizontal governance and the role of the ECJ, mobility, etc. Two further formal rounds of negotiations will take place by the beginning of October. Furthermore the negotiators from the EU and the UK, Michel Barnier and David Frost, will hold discussions with close advisers on a weekly basis.

The clock is ticking: a deal must be concluded by the end of October at the latest in order to allow sufficient time for ratification by the European Parliament.

What does BREXIT mean for me?

If you’re British you are no longer an EU citizen. The same goes if you’re an EU citizen in the UK.But for now you can still travel around the EU as freely as before.

What role does the Withdrawal Agreement play?

Thanks to the Withdrawal Agreement, nothing much changed for citizens and businesses when the UK left the EU on 1 February 2020.

The EU’s freedom of movement (i.e. the right to live, work, study or have social security coverage in the EU and in the UK) continues to apply in full during the transition period.

However, the UK has not had a say in the EU institutions since its withdrawal. UK citizens are thus also excluded from participating in European citizens’ initiatives and have no right to vote in local elections in other EU countries or in European Parliament elections, nor to stand as candidates in such elections.

BREXIT: The final sprint to a new beginning

For the first time in its history, a member state has left the EU. During the German Presidency of the Council of the European Union the future relationship with the UK will be negotiated.

The rules that will apply to citizens and businesses who want to relocate, work or study in another country after the end of the transition phase will largely depend on the outcome of present negotiations on the future relationship between the European Union and the United Kingdom.

The UK’s financial obligations towards the EU are also one of the points laid down in the Withdrawal Agreement.

It is now important that the Withdrawal Agreement and the attached Protocols are implemented in full. We also consider this a key foundation of trust for the negotiations.

Where can I find more information about the Withdrawal Agreement?

The European Commission answers questions, including the ones below, on its website: 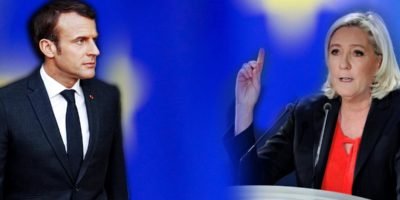 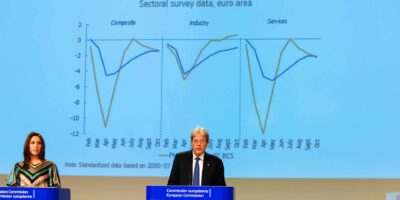 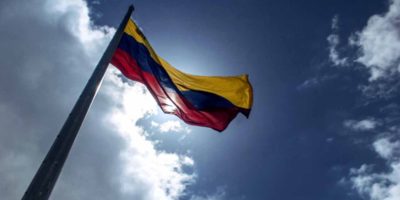