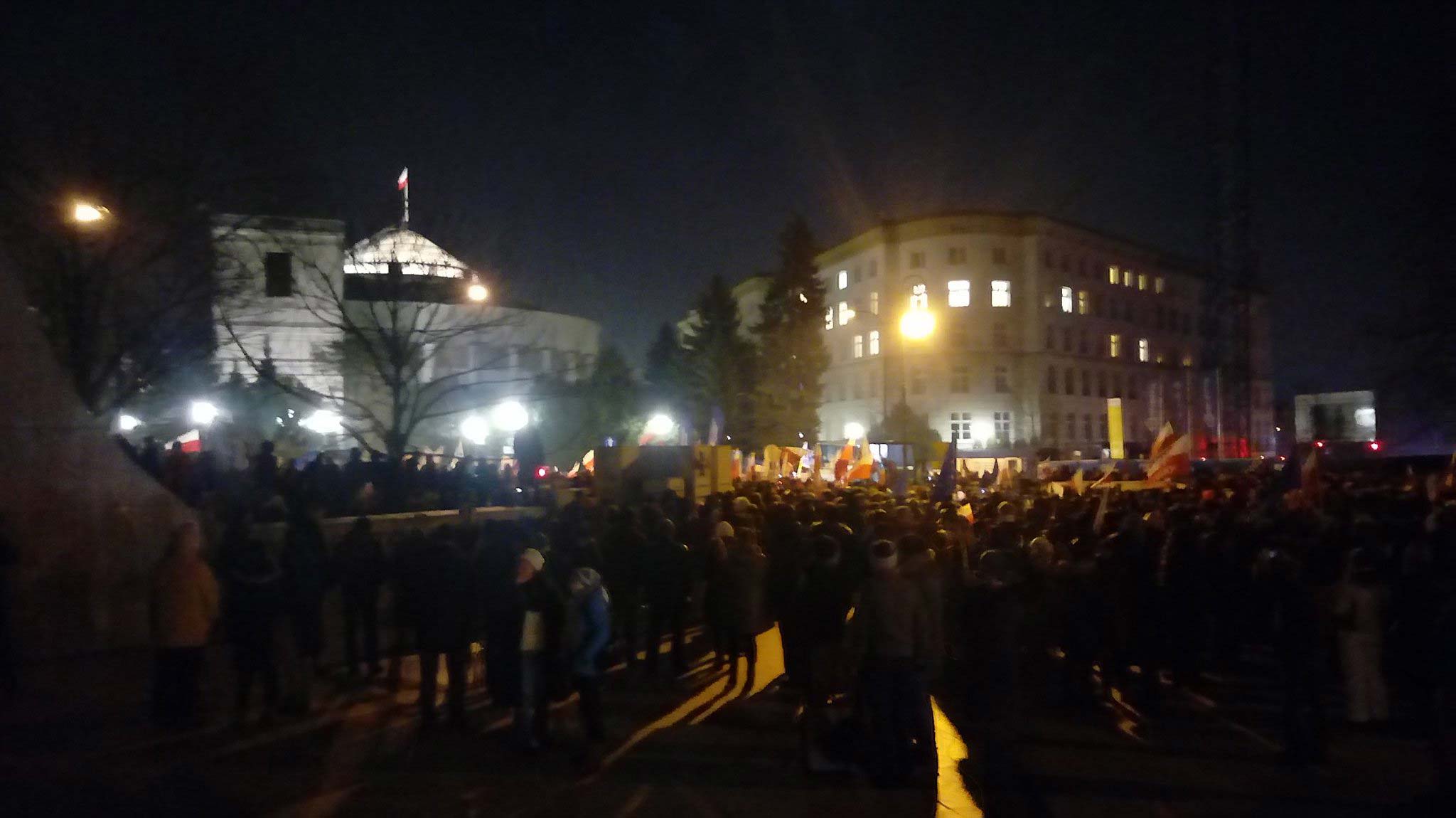 Poland’s former prime minister said a democracy where media access is limited can become a dictatorship.

Polish opposition leaders called for days of anti-government protests and pledged to keep blocking parliament’s main hall after being accused of trying to seize power illegally by a government they say has violated the constitution. Protesters had blocked all exits from the parliament. PiS politicians illegally passed the budget for next year by moving the vote outside of the main chamber of parliament.

Is it a coup? #Poland