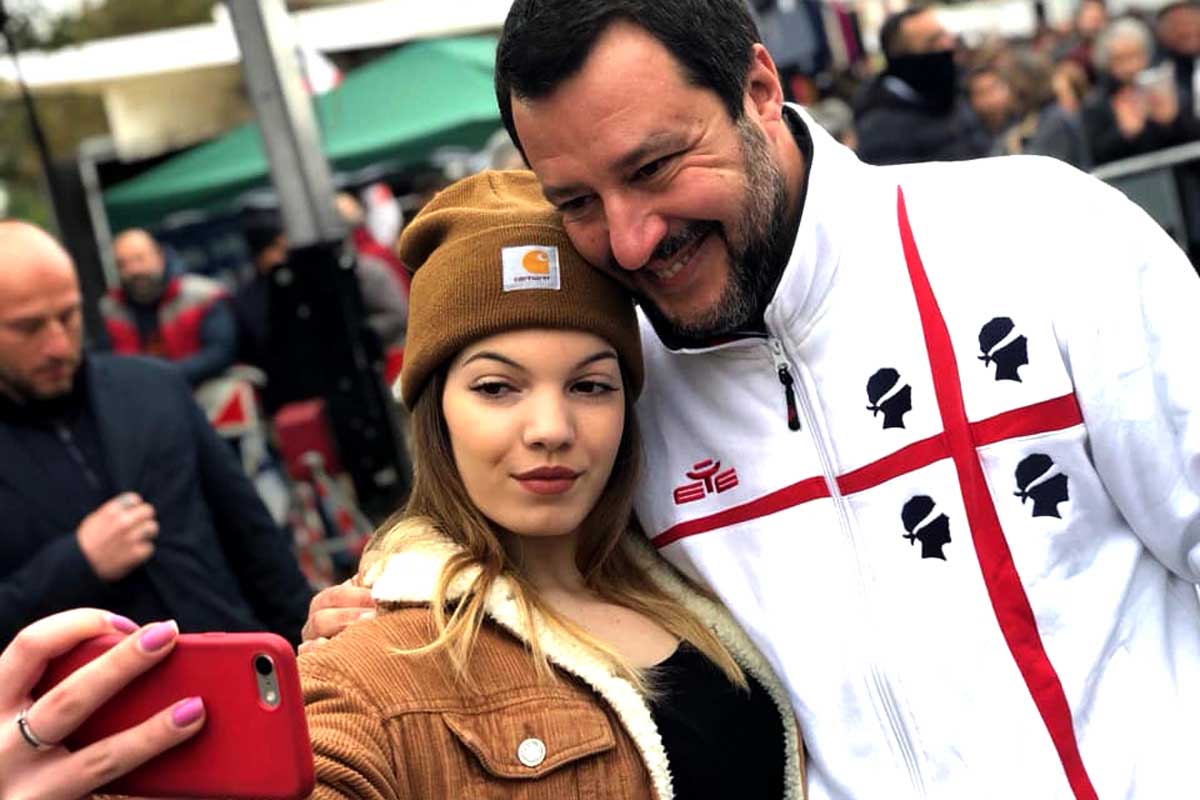 Salvini, deputy Prime Minister of Italy and Minister of the Interior, had called same-sex parenting “unnatural…” but this time he goes viral, photobombed by two women sharing a kiss. It seems that he enjoyed the viral meme and he responded!

Gaia Parisi and a friend, known only as Matilde, decided on the spur of the moment to kiss as they posed with the politician.

The photo, taken by Gaia, was first posted on her Instagram with the ironic caption “Hello friend” and tagged Salvini. The photo went viral after Italian civic activist Marco Furfaro shared it on Facebook with the caption: “Caltanissetta protesters. Love beats hate 3-0. Trolling Salvini to the extreme. You rock Gaia and Matilde.”

“When the minister urged those present to take the stage and take a selfie with him, we had this idea,” Parisi told Euronews.

“We made a provocative instinctive gesture, not at all premeditated. Salvini did not expect us to take a picture like this.”

The US-founded World Congress of Families (WCF) staged a three-day conference in Verona to discuss “the beauty of marriage” and “growth and demographic decline”. As a gathering to “defend the natural family as the only fundamental and sustainable unit of society,” the event took place in a 17th-century palazzo.

The World Congress of Families (WCF) is a major international public event that seeks to unite and equip leaders, organizations, and families to affirm, celebrate, and defend the natural family as the only fundamental and sustainable unit of society. Major world leaders have attended and participated in the World Congress of Families. In 2018, WCF XII, Chisinau was hosted by Moldovan President, Igor Dodon. In 2017, the Hungarian government co-hosted WCF XI, Budapest with the participation and leadership of Prime Minister Viktor Orban.

Salvini responded to the viral meme by reposting it on his own Twitter, he wished the “sisters” “greetings, peace and wellness”.