1
Setting catch limits and quotas for sustainable fishing.
Share this debate with your friends! #eudebates

EU Fisheries Ministers gathered to set fishing limits – fish quotas for the Baltic Sea in 2021 to tackle overfishing. Why does the EU need to manage fish stocks? A series of messages to EU Commissioner Sinkevičius and Baltic state fisheries ministers appeared at landmarks in of Lithuania, Germany, Poland and Denmark, calling for an end to overfishing.

In Vilnius, Lithuania, the hometown of European Commissioner for the Environment and Oceans and Fisheries Virginijus Sinkevičius, the iconic statue of King Mindaugas was seen holding a massive cod, accompanied by the messages #IsgelbekBaltijosjura (Save the Baltic in Lithuanian) and #EndOverfishing – in an apparent plea to the Commissioner to consider the legacy he will bequeath to future generations of Baltic children.

“Commissioner Sinkevičius hails from the Baltic Sea, where the children of the region will inherit the legacy of his actions. Just two weeks ago, as he opened the ‘Our Baltic’ Conference, the Commissioner promised that sustainable fishing levels are a priority goal for the EU. We expect the Commissioner to deliver on his word – Lithuanians, and indeed all Europeans, are looking for more than just rhetoric from his leadership” said Our Fish Programme Director Rebecca Hubbard.

Environment, Oceans and Fisheries Commissioner Virginijus Sinkevičius, organized a high-level conference ‘Our Baltic’. This conference had to address the environmental threats in the Baltic region. The Conference focused on how to reduce pressure on the Baltic Sea and boost existing commitments in protecting it. Our Baltic noted new actions to tackle these problems.

The most predominant threats in the Baltic Sea stem from excessive nutrients leading to eutrophication, high fishing pressure on some stocks in the past, marine litter, pollutants and contaminants including pharmaceuticals. Commission’s ambitions need a transfer into concrete European measures for specific sea basins. EU has to follow the European Green Deal, the Biodiversity and Farm to Fork Strategies.

EU ministers are due to agree on the total allowable catches (TACs). They decide member states’ fish quotas for the ten most commercially important fish stocks in the Baltic Sea for the year 2021. The Council is responsible for fixing TACs and allocating fishing opportunities. Decisions are taken on the basis of proposals from the European Commission.

The annual EU Agriculture and Fisheries Council (AGRIFISH) meting in Luxembourg. Chaired by the German Presidency, the meeting set Total Allowable Catches (TACs). TACs are the fishing limits – for fish caught in the Baltic Sea for 2021. Under the reformed Common Fisheries Policy (CFP) – and thus by law, the EU must set TACs in line with scientific advice by 2015, or by 2020 at the latest. In October 2019, AGRIFISH ministers set five out of ten fishing limits – fish quotas for fish caught in the Baltic Sea in 2020 far above the scientific advice and CFP requirements.

During the weekend, in Warnemuende, in the coastal area of Graal-Müritz-Torfbrücke in Germany, a banner with the message reading: Rettet Die Ostsee, Überfischung Stoppen, Jetzt! called on Germany to: Save the Baltic Sea, Stop Overfishing Now!

“The German Presidency of the EU has a critical part to play; not only is Germany a key Baltic fishing country, but Chancellor Angela Merkel just last week committed to the UN Leaders Pledge for Nature, stating during the UN Biodiversity Summit that ‘we have to manage land and sea more sustainably’. But if the German Presidency facilitates fish quotas – fishing limits in the Baltic Sea that defy scientific advice, and result in continued overfishing. It will be specifically going against Chancellor Merkel’s commitment to a healthy ocean, and prove an international embarrassment”, she added.

In Poland, a message – delivered by a cod – materialised next to the statue of the Mermaid of Warsaw – the city symbol – calling on the Baltic decision makers to end overfishing.

Across the Baltic Sea, on the Langelinie promenade in Copenhagen, the famous Little Mermaid statue had a cod with a message calling for an End to Overfishing. Last week, the Danish Minister for Fisheries, Mogens Jensen and Minister for Environment, Lea Wermelin received a statement signed by over 300 scientists calling for an end to overfishing as climate action.

Estonia currently holds the Presidency of BALTFISH. This is the high level group of Baltic Fisheries Ministers responsible for agreeing regional fisheries management conditions. As President, Estonia also plays an important role in this year’s deliberations over fish quotas – fishing limits. Regional ministers usually agree to a preliminary joint position before entering the AGRIFISH Council. It will be interesting to see if Estonia also pushes for sustainable fishing limits considering that it recently signed up to the Our Baltic Declaration which re-committed to doing so.

Today’s Council meeting is an opportunity for EU ministers to put their money where their mouth is and demonstrate that they are real leaders with integrity; follow the scientific advice, end overfishing of the Baltic, and deliver immediate action on climate and the biodiversity crisis.

International and regional NGOs have prepared detailed recommendations for fishing limits, fish quotas and relevant fisheries management options. They try to restore the Baltic Sea fish populations and the health of the Sea. These efforts are based on scientific advice from the International Council for the Exploration of the Sea.

Why does the EU need to manage fish stocks and fish quotas?

Europe’s fish stocks do not have unlimited reproductive capacity. Without some control over who fishes what, some fish stocks may collapse or stop being economically viable to catch. The EU’s fisheries management system:

How does the EU fisheries management system work?

Most important fish stocks and fisheries are managed at EU level, through multiannual plans and annual catch limits – fish quotas. Each multiannual plan contains goals for fish stock management and may also include other specific conservation rules. Since the new fisheries policy came into effect on 1 January 2014, new multiannual plans will have to include a maximum sustainable yield target and a deadline for achieving this target.

The EU also sets annual catch limits – fish quotas for most commercial fish stocks. These are the total allowable catches (TACs) or fishing opportunities. EU member states share each TAC through national fish quotas. Individual member states are responsible for ensuring that their quotas are not overfished.

For fish stocks that are shared and jointly managed with non-EU countries, the TACs agreed at EU level have to be in line with the results of recurring consultations with those non-EU countries. These consultations are based on international agreements on cooperation in fisheries management.

EU institutions in Brussels take decisions concerning fisheries management but also by national authorities. They cooperate among themselves at the level of the regional sea basin. The aim of regionalisation is to ensure that the technical rules are adequate and set for the individual sea areas. The representatives of fishermen and of regional administrations also work on specific measures to prevent unwanted catches (discards). 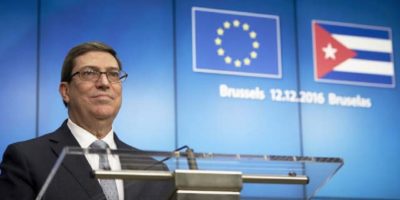 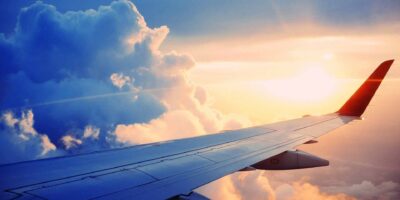 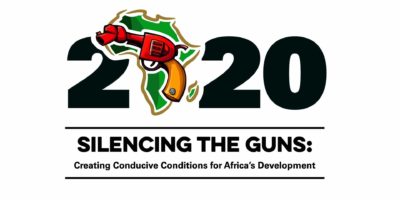 Silencing the guns in Africa 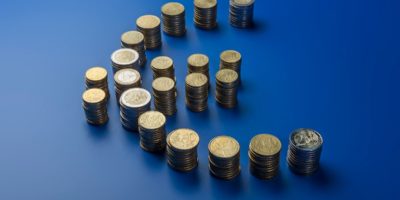